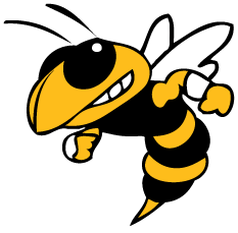 Take 36 West in to Decatur, Turn right on 22nd street and go over the viaduct.
Turn left on Mound road and school will be on your left.  Turn into parking lot and head to the back of the lot and enter the Gym entrance.
​
We love a good news report! Just in from IESA regarding great sportsmanship....
GAME OFFICIAL RECOGNIZES SPORTSMANSHIP BY 2 RIVAL SCHOOLS' GIRLS' BASKETBALL PROGRAMS
October 14, 2016 - Submitted by Basketball Official Philip Meyer
This was a rivalry game between the two schools (Arcola Junior High School and Tuscola East Prairie). Both teams were well coached and disciplined. Both teams played hard and aggressive. Both teams helped opposing players up off the court. The coaches actually coach their players. The coaches did not moan and groan about calls or no calls. When calls were made, the coaches took the opportunity to teach the child what was wrong and how to improve. The gym was packed. There were a lot of students on hand supporting their schools. These students did cheers back and forth. They were loud and having a good time. As an official, I particularly enjoyed the fact that this cheering drowned out the parental hecklers. The cheers were student-led as there were no cheerleaders on hand. There were parents from both schools who got involved with the children cheering.